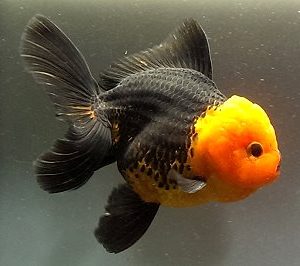 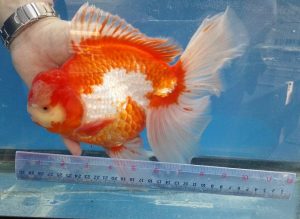 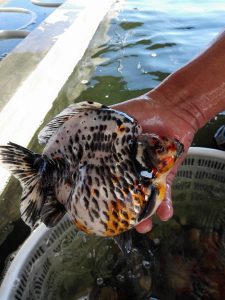 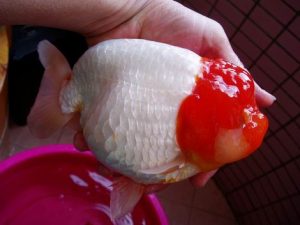 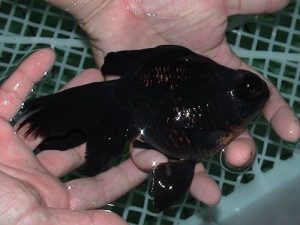 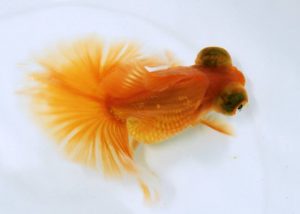 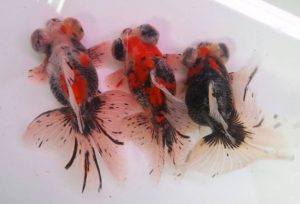 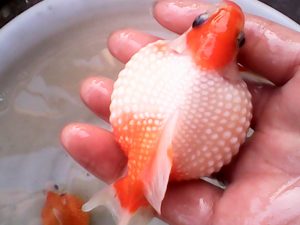 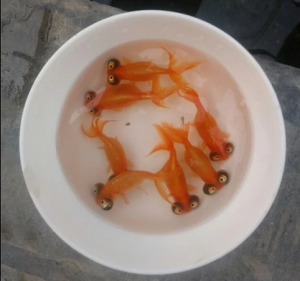 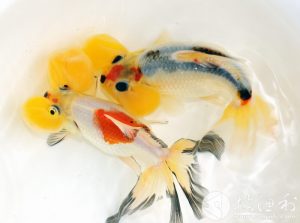 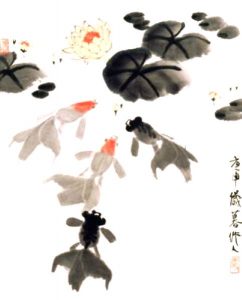 Goldfish was one of the earliest fish to be domesticated, and it’s one of the most common kept aquarium fish. It was domesticated in China more than a thousand years ago, and several distinct breeds have since been developed. Goldfish breeds vary greatly in size, body shape, fin configuration and colouration (various combinations of white, yellow, orange, red, brown, and black are known).

Goldfish is a member of Carp family. Some of these normally gray or silver species have a tendency to produce red, orange or yellow colour mutations; this was first recorded during the Jin Dynasty ( Ancient China).

During the Tang Dynasty, it was popular to raise carp in ornamental ponds and water garden . A natural genetic mutation produced gold (actually yellowish orange) rather than silver colouration.

By the Song Dynasty, the domestication of goldfish was firmly established. In 1162, the empress of the Song dynasty ordered the construction of a pond to collect the red and gold variety. By this time, people outside the imperial family were forbidden to keep goldfish of the gold (yellow) variety.

The first occurrence of fancy-tailed goldfish was recorded in the Ming dynasty and thy began to raised it indoor. In 1603, Goldfish was introduced to Japan and to Portugal and from there to the other parts of Europe.

During the 1620s, goldfish were highly regarded in southern Europe because of their metallic scales, and symbolised good luck and fortune. It became tradition for married men to give their wives a goldfish on their one-year anniversary, as a symbol for the prosperous years to come.

Goldfish were first introduced to North America around 1850 and quickly became popular in the United States.